Social gaming is heating up

DeNA, a Japanese social game company, said on Tuesday that it would acquire Ngmoco (the maker of "We Farm" and "We Rule"), 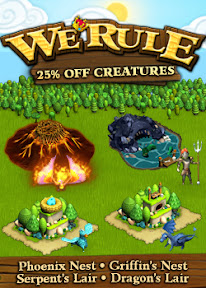 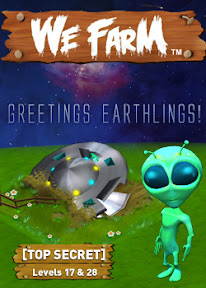 a Silicon Valley iPhone game developer, for $400 million — one of the largest deals involving an iPhone software company and another sign that Apple’s products are fast becoming the hottest mobile game devices on the market.

The acquisition is also the latest in an overseas spending spree by DeNA, which is little known outside of Japan but aims to be a global rival to the big names in social networking and games, including Facebook and Zynga, which makes the FarmVille games.

The really interesting part is that at least Japan does understand how important social games will be in the future.

Zynga (the maker of Farmville and the other top 10 facebook games) will have this year an estimated revenue of at least $500 million by selling virtual goods. The Zynga social games are free to make the user "hungry". The user can buy virtual items for the games, if he wants to get to a better level.

FB did grow because of the open developer network the thousand cool application and games. Unfortunately the games made more money than FB likes to see. Mark Zuckerberg mentioned many times that he does not care about revenue, but despite this, Facebook found multiple ways to participate from the games revenue.

The first way Facebook makes money from partners is through advertising. The best way for companies like Zynga to attract new game players is to advertise heavily on Facebook. So as soon as Zynga rakes in money from its users, it turns around and pumps some of that money back into Facebook to buy ad space. As a result, Zynga is not only a leading developer of games on Facebook, it’s also one of Facebook’s biggest single sources of revenue.

Facebook squeezes yet more money from Zynga and other partners by getting them to accept payments from game players using an online currency that Facebook has created, called Facebook Credits. Instead of buying virtual goods directly from game developers, players buy Facebook Credits—and Facebook keeps a 30 percent slice of the transaction.
By the end of this year most of the big apps will be using Facebook Credits, says Justin Smith, founder of Inside Network, a research firm that tracks the Facebook ecosystem. That could generate $300 million in new annual revenues for Facebook, since users by next year will be spending about $1 billion on social gaming on Facebook.

Game developers surely do not like having to give up 30 percent of their revenue, but what choice do they have?

DeNA is understanding this concept and is building a platform for game developer which works on the two biggest mobile gaming OS, which is Android and iOS.

The games can use (on mobile devices) their own currency, they can run their own ads and totally control product placements. Which could reduce FB revenue extreme.

Japan is much further than the US in terms of mobile devices. In japan everybody is playing since years games on their phone or watching shows on their small 3inch screens.
But America is not far away to be a mobile country.