Apple will give sneak preview for next Mac OSX

Apple is doing well. iPad and iPhone sales are higher than expected, the last 12 months nobody tallied about Apple's other business. The none mobile part.

But now on October 20th Apple will host a sneak preview of new Mac OSX. Which might be named lion( all last releases were animal names) as the invitation below could indicate. 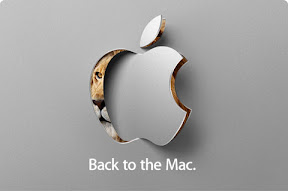 But the big question will be, what is new?

We can expect that iChat gets upgraded to face time. The OS will have stronger integration of Apple's social hubs like ping.

Important to know Mac OSX is almost 10 years old, MS Windows changed in this time 3 times. Apple however did only upgrades and not totally redesign their OS.


Pretty sure we will find soon more speculations about the new features, and if not we will know after the 20th.

Investors have been upbeat about Apple as its iPad sales have surpassed initial expectations and will most likely continue to grow as consumers start buying gifts for the holidays.