The rumors about iPhone at Verizon are getting louder. It is almost not possible that the iPhone does not come to Verizon.
Many people are speculating that it will be in January. This would be perfect to get the holiday business. Apple is usually allowing to pre order the iPhone at least 6 weeks for release, what a nice christmas gift.

I think Apple might announce in November that the iPhone will be in 2011 available for all carriers or at least for ATT, Verizon and T-mobile.

But just having the iPhone at other carriers would not be enough to get many people switched from other phones to the iPhone. I think a lot of people might switch from ATT to T-mobile. Unfortunately switching to Verizon would require a new phone because Verizon is not on GSM.

Apple might come with a new iPhone (6 month earlier than usual). The timing would be perfect.
To have a Verizon iPhone, Apple must anyway produce a new phone to work with CDMAOne or CDMA2000. Pretty sure this phone might have a better processor or different form factor.

This is at least what Apple need to do, to keep up with all these new fast Android phones.
Plus pretty cool and fast Windows 7 phones are coming soon to market.

Windows phones will be much higher problem for Apple than Androids. Most people have Windows computers and pretty sure these phones will sync perfectly with Windows. Windows might not have a good application market for their phones but this will come soon.

Apple might include in their new phone RFID scanner and chip, to allow iPhone users to sign up with credit card companies to use their iPhone as credit card.
Apple filled some patents for both and hired in the last few months RFID and credit card payments experts. 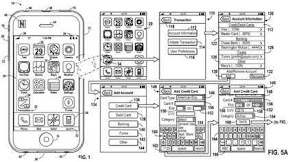 Apple is working since a while on Volcano glass which might be coming with the new iPhone, or maybe it is not anymore made of glass, who knows.

We will see what happens, but if Apple is bringing in January a Verizon iPhone, then it will be for sure something new.