When Steven Jobs announced that the iPad will arrive and that all applications for the iPhone will work on the iPad, he forgot just a little note that these app will run in iPhone size and that we need to magnify to double but that these apps are looking really bad. And that it makes no fun to use them.

We are now in month 7 of the iPad and most of my applications (around 150) are still not built in hybrid for iPhone and iPad.
I am pretty disappointed from the developers and from Apple. Apple could have build the SDK better that at least the text renders for bigger size when I magnify a native iPhone application to double size on my iPad. Instead the text looks pretty bad, like using a magnifier in Photoshop. I can see now each pixel instead of smooth text. 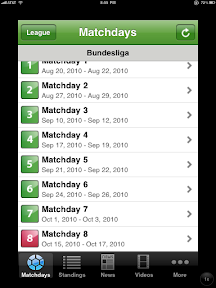 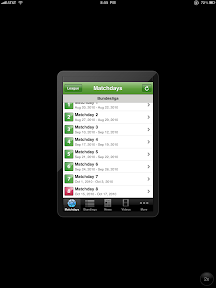 Most of them even felt that they have to charge extra to have an iPad version.
I have a few apps which are free for the iPhone but cost money for the iPad.

Some are thinking they are really clever and charge you twice. Once for the iPhone and now for the iPad version if you download the second version.

This is pretty low for a device which is approx. sold 4.5 Million a quarter, over 9 Million till today.

I am wondering why there are not so many applications, and the only thing i could come up with, is that an iPad is a device we use a few hours a day but we never carry it all the time with us like the iPhone, and therefore we are more selective what we download and developers are not willing to develop for a big screen device without making decent money.
Or everybody thinks that the display is so big, that consumers want to use Internet browser instead of an application. I personally would prefer an application most of the time.

Either way I don't like the fact, that i don't find so many good softwares for my iPad.
There are some really good applications for the iPhone which are missing for the iPad.

The few apps I am using a lot and which are developed for the iPad are not working as good as I would expect.
Even applications developed from Apple like, numbers, pages and keynote. They are not easy to use and miss a lot of functionality.
Importing from their big brothers from Mac/PC works only partly, and import from complex Excel or Powerpoint documents is futile. I got many times frustrated that the iPad apps could not open them.

Then there are newspapers like NYTimes or USA Today, which don't allow me in an easy way to zoom in. And when i close the applications because i want to open another, they don't remember were i left them. They always default to home page.
All of them are using different navigation methods that i always have to relearn them.

The iPad is such a great device and could be so much better if all apps would work native on the iPad. And if developers would take more time on usability.