What is the right social network?

Today is all about being in social networks. There are many social networks from Facebook, twitter, foursquare to linkedin, living social, Groupon and myspace.

Trying to keep up with all of them is almost not possible. At the end we need to make decision which one serve us the best. But which one is the best for us?

Let us first look to what kind group we belong to. I believe we can reduce it to three main groups:
Consumer, celebrities and brands. All three groups have many sub groups but I try to keep it simple with these main groups.
All 3 types have two ways to be social. Either reading information and make certain decisions based on collected information or to post information to influence others to make their decision.

As a consumer we gather information to make buying decisions or to express ourself to let others know what we are doing and what we like.

Facebook:
One of the most prominent platform for social media marketing is FaceBook. FaceBook was born in Harvard dorm room under the aegis of Mark Zukerberg and co- founders Dustin Moskovitz, Chris Hughes, Eduardo Saverin in February 2004.


Facebook has over 850 Million accounts and over 500 million active user. In average each user has 130 friends with 70% Facebook users outside of the US.
Facebook is the right place for keeping in touch with friends far away or to find old friends. The chances are really good to find somebody you did not hear from over 20 years. Many people are posting every day images or small status updates. But the most rime user are spending in playing games.
Facebook is a great tool for brands to engage their consumers and to learn about the consumers needs, likes and dislikes. Facebook is a great place for brands to test products before they are even on the market. Important for brands is a fan base. There are multiple ways to gain more fans. The most successful way today is to post everywhere (on website, packages and ads) the Facebook page URL with special deals which the user can only unlock if they "like" the fan page.
Brands need to post daily news on their wall and need to be proactive in communicating with the consumer on Facebook. A brand can learn a lot from their consumers but need to be aware that there will be a lot of negative comments and maybe an anti brand fan page. Negative comments and anti fan pages are good. No comments and no fans are bad. It is important to react correct to negative comments. The more brands engage the consumer to tell them their true feeling the more the fan page will regulate itself as a positive page, as long the brand answers these negative vibes in a positive way. If consumers are complaining about bad customer service then listen and change the quality of customer service. Let the fans know you changed the customer service and let them vote again how the service is now. The results sill be better than any other PR action.
Facebook is as well a good place for celebrities but as well a dangerous place to be. Many celebrities are engaging marketing firms to handle their Facebook page. The fans will find out when the voice is different than in public. A good example for a great page is lady gaga. The Facebook page sounds authentic, you feel like reading her real diary. As a result she has over 32 million fans. 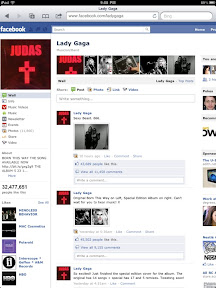 Facebook is for brands a great advertising platform. No other platform can offer such targeted advertisement to such a big user base. However Facebook ads are not very speaking to the users and have a very low click rate. More users are moving to to mobile Facebook which has no ads at all.

The best addition for companies and brands at Facebook is places. We all love to check-in into restaurants and concerts etc. Brands can offer specials right when the consumer is already outside of their home and ready to spend money.

LinkedIn was founded in 2003. The site launched on May 5th (affectionately referred to by employees as "Cinco de LinkedIn") when the five founders invited about 350 of their most important contacts to join. At the end of the first month in operation, LinkedIn had a total of 4,500 members in the network. LinkedIn's first "real" office was on Shoreline Road in Mountain View.

LinkedIn adds a new member every second and just hit 100 million users.
52% are outside the US.
44 million users are in the US
India has 9 million and UK has 6 million users.
The avearge age of global users is 25-45 and it’s almost 60% males on there globally (compare this to Twitter which has more females). The US has the most females with 45% and the Middle East the least with 33%.
Most users are working for companies with over 1,000 employees, this is especially true in Asia. The biggest proportion of companies are active in High-Tech (16%), Finance (13%) and Manufacturing.
12% of all users say they are in a sales function. 10% are either in academia, administration or operations.
Engineering is the profession of 9% and 8% are in information technology.

Linkedin is the number one social network for professionals. It is a great place to build your network around your profession, If you are looking for a new job or for an investor. But be careful with linkedin. Most employer will look up your profile and compare it against your resume. Brands can utilize linkedin to find new talents for their company. Linkedin has over 100 million users and is a better job market than monster (in my opinion). Linkedin helps to build networks within the network. People might not use linkedin as frequent as Facebook but every entry is more powerful in good as in bad. Companies can easily build a personalty profile on linkedin entries. Connections to a certain group of people or a list of profile updates and reading list can tell stories. Your employer might get suspicious when you you suddenly get a lot of recommendations or if you connect with multiple recruiters. All these updates are showing in your status list. People tend to connect with coworkers really fast and then a job search is no secret anymore.
At the other hand linkedin can be very powerful when your are in sales and need a contact to a company. Many times we are only 2 connections away to the company. Getting introduced is pretty easy.
Linkedin helps to gather information about companies which we might not find easily through google or company websites. 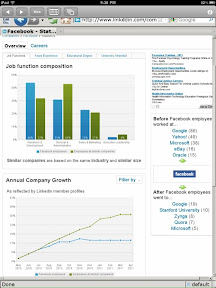 Twitter
Initially, code titled Twttr, inspired by Flickr, Twitter privately appeared in March 2006. Later, in June 2006, it was launched for public with the study Twttr.com and rebranded to Twitter.com later in October the same year. Twitter is a real-time information network that connects you to the latest information about what you find interesting. It is an online application that is part blog, part social networking site, part cell phone/IM tool, designed to let users answer the question “What are you doing?”. Users have 140 characters for apiece posting (or “tweet”) to state whatever they care to say. In terms of online traffic density and visit frequency, Twitter leads the breed of social media sites.

More than 175 million accounts
Number of Twitter users increases at 300,000 everyday
3 Billion requests apiece day generated by 180 million one-of-a-kind visitors
95 million tweets per day, that gives circa 640 tweets per second
Twitter’s search engine gets 600 million queries each day
Thursday and Friday are the most active days on Twitter
32% of accounts are active users
10-11pm is the most active hour on twitter
Top languages used are english, portugese, japanese and spanish
Top countries using twitter are US, India, Japan, Germany, UK, Brazil, Canada, Indonesia, Australia and Spain
More than 70,000 applications have been created using Twitter API
More than 67% of Twitter messages are in the form of user’s current status, private conversation and links to news and blog articles
The majority of twitter users are female.

Twitter is for most users about consuming. Twitter is right now mostly used by celebrities to post their updates. Only 24% of twitter posts are directly done through twitter website or twitter app. Most posts are generated as a side effect on webpages and blogs.
Many brands don't know yet to utilize twitter other than having a tweet button on their website. The risk with twitter is the 140 characters length of posts. There are risks to send the wrong message which can be dangerous for companies.
But twitter can be a great consumer building tool when using twitter as a real group building social platform. This can be as simple as posting a job opening and to engage the applicants to use twitter to apply or as complex as taking all new twitter posts to a topic to generate the longest song lyric in history.
Twitter is for consumer mostly to consume and not to be active. For celebrities it is the perfect tool to bind their fans. Posts are easy and fast and cam be done everywhere the cell phone works.
The top 5 twitter accounts are celebrities. 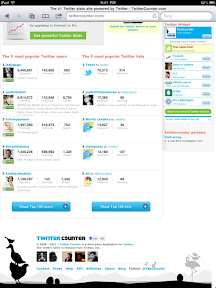 But twitter is as well a perfect tool to see trends and to learn about people. Usually people, especially business people, do only post on twitter when they do care about things, either positive or negative. Sales managers can use twitter to find out what their potential buyer like (who is he following) and what does the potential buyer think (postings by the buyer).
Companies doe good to hire data mining experts to scan and analyze twitter posts. Big international events have been faster on twitter than in the news. Facebook and twitter even helped to start revolutions like the latest in Egypt.

There are many other social networks, which can be considered and I could write a whole book, but I guess nobody would want to read hundreds of pages about social networks therefore I decided to stay with the top 3 for this post.

Coming back to the original question, which social network is the right one?
It depends on the goal, and I hope my little comparison could help to make a decision. At the end there is only one big mistake we can do and not to use any of these networks or platforms regularly.

Remember before Internet, we could have a flyer or catalog for over years with same content and nobody did care. With the Internet we learned that we had to change info weekly that our readers or consumers don't lose interest.
The social networks are forcing us to do multiple times a day updates otherwise we lose our readers/friends/followers.