Cloud not perfect yet - Amazon's cloud world stopped for hours

Thursday night I switched my Apple TV on to watch Monk through Netflix. But instead of watching Monk I got a message that Netflix is not available at the moment. The reason for this was that the Amazon could was down.
Therefore my world broke down. 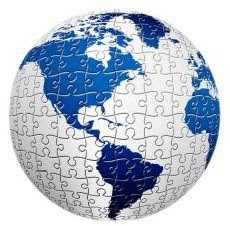 The problems, which began early Thursday morning and had not been completely repaired by the end of the day, affected sites including Quora.com, Reddit.com, GroupMe.com and Scvngr.com and Netflix.com which all posted messages to their visitors about the issue. Most of the sites were inaccessible for hours, and others were only partly operational.

The Web companies use Amazon’s cloud-based service to serve their Web sites, applications and files. Amazon’s customers include start-ups like the social networking site Foursquare but also big companies like Pfizer and Nasdaq.

Amazon, which is a leader in this business, lets these companies rent space on its servers and take advantage of its big data centers and computing power. But that gives the companies little control if the servers fail.

Everybody is talking to go into the cloud, but the Amazon failure is a clear example that cloud is not ready yet. In understand that many companies are in one time down, but the difference with cloud is, that if the cloud is down then hundreds of companies are down. Do we want to trust our business to be in the cloud? Imagine you use a CRM and your server our network goes down. Your team will try everything to get it running again. If your CRM is in the cloud and the cloud goes down, then you have to rely on the cloud owner to get it back running. You can imagine if your own system is down many employees would call the IT department to complain, which does slow the process down just because of the mental stress.
Imagine something like Amazon goes down, how many people will call and put stress on amazon? The engineers will feel it and make it harder for them to get it running. Granted they have more engineers working on such issue than your company might have, but they report to Amazon and not you.

I am friend of the cloud but when we go in the cloud, we should always think twice how critical a meltdown would be for company. And for really important applications we should have a distributed cloud cluster. Using Amazon and Microsoft Azure as an example as a fallback. When one is down the other can take over. It is a little more complex to set up and think through the architecture but helps to stay online.

Unfortunately this makes the cloud more expensive which is already not cheap.