Is the Apple TV dead?

Apple announced last week their impressive quarter sales, but no word about the Apple TV 2. October last year the second generation of the Apple TV went on Sale. Three weeks later we heard that the Apple sold 250,000 units. In December 2010 we got the last time a number of 1M.
We are now 4 months later and no words. If Apple did sell 2 million so far then the revenue would have been $200M. Which is not a significant number but significant enough to be on their 10-Q form. However the Apple TV is only named twice in the document but the iPad 37 times, iPhone 42 times, iPod 28 times.
This is a big difference. 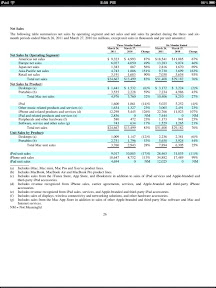 After all, the Apple TV is a great idea and very cheap, only $99. The Google TV is at least $299.
But there is another problem. More TVs are coming out with games, apps like pandora and Netflix. 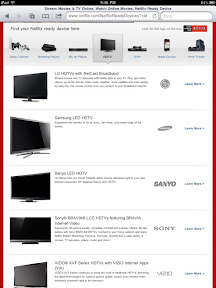 If Apple is smart (which they are), then they could do something they usually don't do. They could make deals with Sony, Samsung, LG etc to build the Apple TV into their TVs.

We all know that Apple wants to have control over hardware and OS, this is what Apple made strong to ensure best user experience. With all other devices it is to understand they can't just give other companies their OS to use for their hardware. First of all because Apple would not have influence in hardware design and could lose the beauty of the devices, second of all it is harder to develop an OS which needs to function with any combination of memory, CPU, screen size etc.
Google and Microsoft learned it the hard way.

But the Apple TV is different. It is a very small device which could be easily build into any flatscreen TV. If you take the Apple TV out of the case than it is less than an inch thick.

Apple would still control the hardware of the Apple TV and the OS. They could even send their remote with the TV to ensure that beauty of the remote remains. Even today we need two remotes (I use my iPhone for Apple TV and my universal remote for all other devices).

I think this is the most likely way Apple can get their both feet into living- and bedroom.

Another possibility is that Apple starts to advertise how easy it is to stream videos, photos and music to a TV when an Apple TV is connected to the TV.

But this would only get iPad owners to buy Apple TVs. I think it would be smarter to go the route with the TV with build in Apple TV. Samsung etc will then automatically promote Apple TV and best Buy and Walmart could sell 54inch TV with iPad in bundle.

A lot of people are speculating that Apple will bring their own flatscreen to market. Which is possible especially that I did not see any TV as good in image quality as the 27inch Apple monitor. And all of the TV manufactures have an deficit in building a good GUI and remote. Apple knows a lot about GUIs and simple remotes. This would be a good fit.

However there are many screen sizes with TVs and Apple usually only develops one or two the most 3 different screen sizes per device. On the other hand there are right now almost only 16:9 TVs on the market. Therefore Apple would only need to have one UI for multiple screens. One is sure, if Apple builds a TV then the image quality will be better than ever with a great UI.

But at the same time I believe that Apple will play am important role in TV. Apple has iTunes and Apple has iPhone and iPads. We all know that mobile is important but we can't live without big screens. Apple has all necessary services and if the Apple TV does not get integrated into standard TV or if Apple does not build their own TV then they will build a projector which can project an image in TV quality on any wall.

I can't imagine their will be a future without Apple and TV.