Finally I did end up buying me an iPad 2 despite that I already had an iPad 1. As in an earlier blog written I did a big effort not to lose money for the iPad.

I am using it now since two weeks and came to some conclusions.

1. New size of the iPad
It is awful, it is almost going from the the iPhone 4 back to the 3G model. The original iPad felt much nicer. The new design is thinner but it does not feel so good anymore. The only good part is, it is lighter but it feels more fragile.
But really bad is that non of my old accessories fit anymore. The original iPad case let the iPad slip around and the buttons and connector are now a little more inside because of the rounding. The nice brookstone stand with speakers is useless. I am able to connect but because the iPad is thinner and the connector is slightly more inside, the iPad does not stay perfectly in the connector and therefore does not charge well or has problems to play music.

2. New processor
The speed is impressive, the eBay app does load the overview images almost twice as fast than before. And the new Tiger Woods PGA Tour 12 HD looks great on the iPad 2. Trying to run it on the old iPad is no fun. Loading time is long and movements are not smooth. Big plus here. 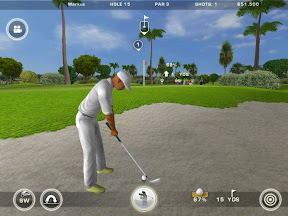 3. Battery life
I am not sure how Apple came up that the battery life is the same as on old iPad. I did run on both iPads same music and games for 1 hour and then let it open with no app running active for 3 hours. The original iPad had still 78% battery but the new one only 64%. Both had an empty dock and were on wifi but 3G switched off.

4. Sound
The speakers don't seem to be better. But there is an issue which I have only on iPad 2 despite both are running same OS version. When I use the switch button for orientation log and then set the sound with button to off (totally down), certain games like angry birds still play the music in full sound on the iPad 2 but not on the original iPad. This weird as it should be only a software problem and should happen on both.

5. Smart cover
The only smart thing about the smart cover is to be smart and not to buy this cover.
It is a nice idea the whole magnetic thing, but only as long you don't try to put the cover totally back. It does not fit well because of the new round borders. It is moving slightly forward and backwards. Really disturbing when you want to write. The whole folding idea is great when you want to put the iPad on the table, but I am a person who prefer to hold the iPad. And besides this, it is much harder to fold and get the iPad to stand than shown in commercial. Plus, many times I like the iPad to be vertical, the cover does not support the folding in this direction.
Apple says the cover helps to clean the screen. My hands must be too dirty because it does not help my screen.
The smart cover is only protecting the front. Therefore I got within a few days already scratches on the back. The only way not to get them is to lay the iPad down and to pick it up straight in the air. This never happens, I use many times just on hand and the iPad will slide a little before it is totally lifted. Just enough to get scratches.

6. Cameras
The cameras are awful when the light quality it not perfect. Apple went cheap on them especially the front camera. We can't use it in bright light for FaceTime because we would not see the screen but when inside you need a really good light to get good picture. 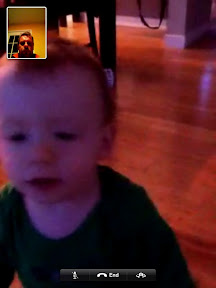 The picture above is coming from FaceTime over iPad. Pretty poor. Would look much better on an iPhone however the iPhone screen is much smaller. Apple should have known that bigger screen needs to have better incoming image. 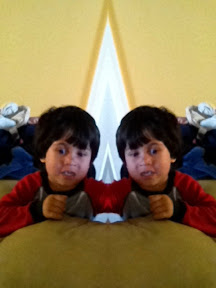 This picture is done with Photo Booth and front facing camera and good light. Not really what I would call good quality.

8. Weird reboots
I might have bad luck, but iPad 2 had within 2 weeks 9 reboots without any indication why. It seems when the iPad gets big bumps or a little to much heat it reboots. It seems it is much more negative receptive for heat and fast movements.

Overall the iPad 2 is not necessary when you already have an iPad and you are not a power user. Games, keynote and numbers are working much better. But is this enough? Having cameras is great but as long they are so poor, you should wait till next iPad comes in November.

I don't forget. When you upgrade to the iPad 2 you will lose your unlimited 3G with ATT.