There was a lot of buzz going on about the latest acquisition from Microsoft.
I predicted in January that Apple will buy Skype after FB deal with Skype went down. It was totally off with the companies but not with the type of the companies. Apple is like Microsoft a software company and FB is like Google trying to get every Internet user to their platform.

So why did Microsoft buy Skype for $8.5 billion and did not develop their own video conferencing software?

Let us first look at Apple. Apple decided to build their own Skype called FaceTime. I still think it was a mistake and Apple should have extended their iChat. However it was pretty easy for Apple to distribute their FaceTime because of the big user base they have on smart phones, music players and tablets. FaceTime is now running on 60 million devices. When Apple introduced FaceTime, instantly 10 million devices could use FaceTime. Of course a big part is missing in FaceTime. We can't make video calls to users which have no Apple device. Therefore I thought it would have been perfect for Apple to buy Skype to get all Androids and Windows users to their video call system.

But why did Microsoft not the same approach? Microsoft has over 80% market share in OS, should this not be enough to get millions of users to their video call software. The answer is no. Sure Microsoft would have a high market share in desktop, but the trend goes to mobile and Microsoft is not yet a mobile player. RIM, Android and IOS is sharing over 90% of the mobile market place for devices which could do video calls.

By buying Skype, Microsoft gets instantly access to 124 million users and to Qik which is an Android based video call software. 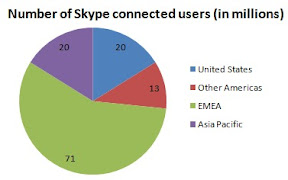 Qik is even partly available for Apple devices. There used to be an iPad version but it is not available anymore. 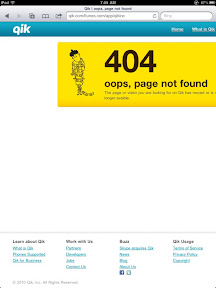 Microsoft strengths is not anymore consumer, they missed the train for mobile and maybe Skype can help them to get a food faster into consumer. And I believe the first step could be the xbox with kinect. Skype fits very well into this for online gaming.

And actually I rather prefer that Microsoft owns Skype than Google. Google is all about ads, and the last thing I want for video calls is ads. Imagine Google would have bought Skype? Before each call is connected you would be required to watch a 20 seconds ad.

$8.5 billion sounds a lot of Monet, however if Skype has 124 million active users than the costs per user is less than $70. This is actually less than Microsoft would need to invest to gain new customers through marketing channels. Usually a new customer costs $90 or more depending on the approach.

After all, even that Microsoft is a software house, it was maybe not a wrong decision. We need to see what MS going to do with Skype. Maybe they are integrating it with office 365 or use it to extend lync. Lync is right now only good for business and Skype could bring Lync to consumers.