Mashable reported that Zynga and Lady Gaga teamed up:
GagaVille, a uniquely designed neighboring farm to FarmVille, that sports unicorns and crystals, according to Zynga, launches May 17. GagaVille visitors will get a first listen to unreleased songs from Gaga’s album Born This Way, available May 23. The full album also comes bundled as a free download when you buy a $25 Zynga game card at Best Buy.

The deal also includes a “Words With Gaga” contest in Zynga’s mobile Words With Friends game. Playing the designated Gaga word of the day — which will be announced on Gaga’s Facebook Page each day — will give players the chance to win concert tickets and a signed copy of Born This Way. Zynga is also giving players limited edition Lady Gaga virtual items on RewardVille that can be used across Zynga games.

Such a deal had been predicted after Gaga and Zynga collaborated on an earthquake relief effort for Japan in March. Last month, The Wall Street Journal reported that Zynga and Gaga were in discussions about a tie-in effort.


Zynga is pretty smart. Take the celebrity which has the biggest social fan base, combine it with a simple online game and make consumer to buy your products to get some free songs.
This is perfect. The only downside about Zynga, they have only their ...Ville games and a few others.
The ...ville games are too similar, And the users did recognize it too. Zynga had once all 10 spots in the top 10 apps on Facebook. Now they have just three and they are actually declining. 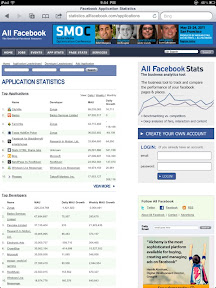 One reason is that people use more and more Facebook over mobile and therefore the apps don't work, or some people play Farmville outside of Facebook. But another reason is that the games get after a while boring and if all games are the same with even bother to play them.

Attack!
Dope Wars
Dragon Wars
Fashion Wars
Football
Gang Wars
Ghost Racer
Guild of Heroes
Heroes vs. Villains
Music Pets
My Heroes Ability
Ponzi Inc.
Prison Lockdown
Roller Coaster Kingdom
Space Wars
Special Forces
Street Racing[69]
Triumph
It Girl
Poker Blitz
Similar like angry birds. This is just one game in 10 different versions.
I see Farmville and Rovio soon losing ground and revenue (or at least no growth) if they don't come up with type of games. And not sure how long the relationship with Lady Gaga will help Zynga to grow as fast as they are used to.
At least they seem to understand that they need more different type of games and bought in last year a lot of companies, I think over 20. They bought a lot of companies in other countries to get a foot in the door. Here is a list of some (from Wikipedia).
Locations of Zynga:
Zynga Headquarters (San Francisco, CA)
Zynga India (Bangalore, India)
Zynga Los Angeles - opened February, 2010
Zynga China (formerly XPD Media, based in Beijing) - acquired May, 2010
Zynga Austin (formerly Challenge Games) - acquired June, 2010
Zynga Boston (formerly Conduit Labs) - acquired August, 2010
Zynga Japan (formerly Unoh Games, based in Tokyo) - acquired August, 2010
Zynga Germany (formerly Dextrose AG, based in Frankfurt) - acquired September, 2010
Zynga Dallas (formerly Bonfire Studios) - acquired October, 2010
Zynga New York (formerly Area/Code) - acquired January, 2011
Zynga Seattle - opened October, 2010 [34]
Floodgate Entertainment - acquired March, 2011
Wonderland Software, Britain, April 2011
There is not a month Zynga is not acquiring a company.
Zynga is valued right now around $10billion with almost a billion in revenue, but the danger is that they buy too many companies without releasing new hits.