Google music beta released, and is it good?

Google released music beta a music cloud system similar to the Amazon music cloud. Only Verizon Xoom users will get an invitation all others can sign up for an invitation under http://music.google.com.
An user can store 20,000 songs for now for free. But the website indicates that the service might cost in the future. 20,000 is a good number. The biggest problem I have with my music collection, is that I can't carry it around with me. I have 24,000 songs which don't fit yet on my iPhone or iPad. A cloud service could help me out if the price is good enough. 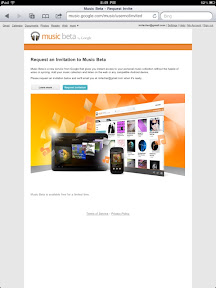 The service is pretty comprehensive as the google video shows.
The user can wipe through the songs and build playlists. To be honest it looks pretty similar to iTunes. But not only this, the video shows how to import the songs to the cloud and guess, it has an iTunes import to make it easy to import from iTunes.
The video itself looks almost like an Apple video, one guy talking with white background. And then this dude is wearing a Beatles shirt or at least a shirt which looks like the famous Abbey Road cover. Is this a hint to Apple? It took Apple years till they got Beatles in their iTunes library. Does Google want to say you are able to upload instantly Beatles songs?
Google has not yet major labels signed to their cloud music, therefore you can't share your music or buy music at google through their cloud. 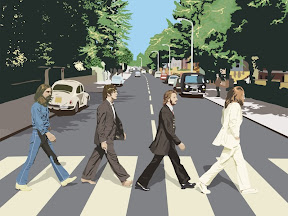 Google music does work with android devices, but not Apple iPhone or iPad.
You can listen to your last played songs, if you don't have an Internet connection. Otherwise all songs are only accessible with Internet connection. You can even decide what playlist should be offline available.

After all it is a nice music service and the UI looks better than from Amazon, but you need an special app to play the songs. Amazon works directly from the website. Even iPad works now with amazon music (with some tricks). Just click on cloud player for web. Click on continue when the alert message comes and then you are able to listen to the music. This does not work with Google music beta. 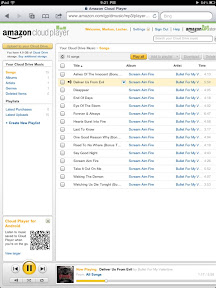 The last big player we are waiting on to see in the music cloud is Apple. And when they come on the market they might have an advantage of having all big labels signed up with them. We will see.

For now we have Google and Amazon, and Google version seems a clear attack against Apple and not so much against Amazon, at least with all their hidden hints in the video.

I see the biggest problem in cloud music are the costs. To have all my songs in the cloud will certainly cost money, but more important I listen a lot to my music on the road or office (when I need to concentrate on a presentation) where I don't have wifi. I need to stream the music over 3G. If you don't have an unlimited plan, then bad for you. I streamed one week 30 hours of music through pandora.
And I went easily over the the 2GB data plan.
Streaming music is nice when you have Wifi, but most of the time we listen to music when we don't have wifi.
The biggest winner for cloud music will be the telecom companies like ATT and Verizon. I can see how they already count their new income source.

But decide yourself. I let you know more about the music service as soon I have access.

Please let me know which service you think is better.