Jonathan the start designer behind Apple who is responsible for the iPod, iPhone and iMac design and a native Britain did open a few months ago the rumor he might leave Apple (Cupertino) to spend more time with his family in England. 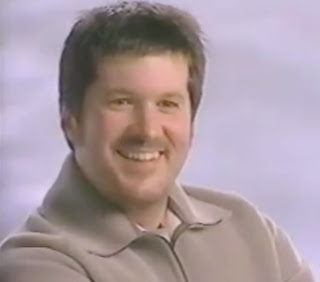 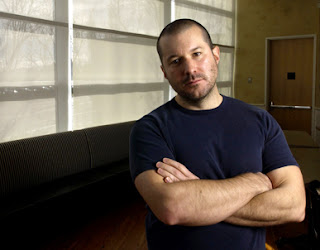 Jonathan had an amazing career at Apple and made a big change not only for Apple, once an overweight unattractive guy is now a guy which looks good on TV. His appearance on TV (keynotes and videos) with his British accent makes him one of the best presenters Apple ever had. Only Steve Jobs might come better over the air, but only because he has his own charisma.

After a short time at the London design agency Tangerine, Jonathan Ive moved to the United States in 1992 to pursue his career at Apple Inc. He gained his current job title upon the return of Steve Jobs in 1997, and since then has headed the Industrial Design team responsible for most of the company's significant hardware products.

Today Jonathan is Senior Vice President of Industrial Design at Apple Inc. and all new hardware products at Apple have his signature. He is the highest designer at the second big company in the world. 3 years ago he agreed on a handcuff agreement with Apple not to leave Apple for three years – his compensation for this was $30 Million. Just a few months before his contract ended he started the rumor he will leave Apple. I believe he never did want to leave Apple but to get a better financial deal with Apple Inc. The best thing to do is to threaten your company you want to leave. This always helps when the company does believe you are an important asset. And for sure Ive is a very important asset for Apple Inc.

Apple’s success is not only based on Steve’s vision but as well the ability of Ive to give products a look and feel which let the consumer believe the products are better than others. Ive and Steve have one thing in common; both don’t deliver a product which is in their mind not perfect. Steve once did not release the NeXT cube because the black was not the black he envisioned. Sounds familiar? How long do we wait now on the white iPhone?

Be honest, why should he leave, to be together with your family? This is an argument if you don’t make millions; otherwise the money is good enough to move the family or to see them every week.

On the other hand he has not made millions yet to allow himself to start his company and be financial as successful. Moving to another company would be downsizing. There are not many big companies in the UK he could join. Big names in the UK:


(source Timesonline UK)
None of them are really sexy companies for him to work with. If he wants to stay in electronics then leaving Apple and joining another company will not resolve in living in the UK - More likely US or Asia.

Therefore the only thing he could have done is to leave Apple Inc. Move to Britain and live from his savings. He wants more for sure.

He played Poker and he won.
Posted by Markus at 7:36 AM