The freedom of choice. ATT or Verizon.

One of the reasons why I came the USA was that this is country of opportunities and variety. But after six years I had to learn that this is not always true.

There is still a lot of opportunities, but you need either to know the right people or you need to have a lot of money to come your dream alive.
But this alone is another topic I could write a lot. This post is about the competition.

America was a dream for Germans. I am coming from a country where the state did own or control a lot of business. We had in time back not many private banks, and long ago telecommunications were owned by the German Telekom, owned by the government. I remember in 1994 to make a call overseas or even from door to door was expensive. 23 cent per 8 minutes for a local call and over $2 per minute for a call to the US. At this time (I lived in San Diego) a local call in the US was and a call to Germany less than 99 cent a minute.

But all changed in the last few years. Since then the German Telekom is no monopoly anymore, we can make call to the US for less than a cent a minute and sometimes free.

Calling from the US today to Germany is only free if you have Vonage or other VoIP. A normal landline costs still 9 cent and with a cellphone it costs 99 cent depending on the provider. American companies even charge you money for receiving calls or SMS. In Germany only the sender has to pay, if it is not a roaming call to a German number into another country.

Back to competition. In last few months Facebook did buy some smaller competitors, Google did buy in the last 8 years over 20 companies and Zynga (famous game platform) did buy 10 smaller game competitions.

Zynga is buying almost all possible competition to keep sole player. Word with friends creators could have been a good competition to Zynga but is now a part of the Zynga empire.

When you look at all potential interesting start ups then the main investors are mostly the paypal or AOL Netscape mafia and then some former google and Facebook billionaires.

At the end a few handful of people own the the American Internet. Not to mention CPG or CE companies and American Car industry. All comes down to a few main players.

Now the same happens in the telecom business. ATT announced that they are going to buy the American part of T-Mobile for $39 Billion (Sprint thought they had already the deal with T-Mobile but their $25 Billion offer was not enough).

What does this mean for us consumers and Sprint?

ATT will be the biggest mobile carrier in the States, followed by Verizon and then long nothing till Sprint shows up. Sprint stock went already down with this announcement and Sprint might even vanish totally. A few years ago there was at least Nextel, ATT, Verizon, Sprint, T-Mobile and a few other small providers. Soon there are only two left. This means as a consumer we don't have a choice and no choice means higher prices.

America is a great country but if the acquisition and merger goes on, then we are in country with no real competition which will result in more unemployed people and higher prices.

ATT will close approx. 400 stores where ATT and T-Mobile have been too close together like in malls, which will leave at least 3000 people without work.

For existing ATT customers the merger might be better. The price stays stable and the coverage might be better because ATT can benefit from the newer T-Mobile technology. T-Mobile customers will get the iPhone but with a premium. T-Mobile offers much cheaper family packages and cheaper data plans. All this will go away.

And with this acquisition we will miss the cute T-mobile girl in the ads against ATT. Pretty sure somebody will make soon a parody on this. 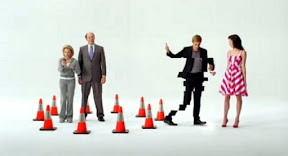 T-Mobile Germany will use the money to invest in faster Internet and better technology, therefore it is at least a win for the German consumer.

I am a big supporter of open business and that everybody can buy everybody if they have the money, but only to a point when it is for a benefit for the consumer as well. If at the end the consumer is the biggest loser then the government should take action. And this deal will be not good for the consumer neither for thousands of employees. The US has already too many unemployed people, and these people can't afford to help the economy to grow. Our economy needs us consumers to buy the products to invest into the country. If we don't work and the prices are going up then we can't buy anything and the companies have to let go more people and less people can buy good and so on.

Please let me know if I see something wrong? As not a born American I might not understand the system.