A few weeks ago, Facebook rolled out a their comment system to 3rd party websites. Companies like NYT and TechCrunch did switch to Facebook comments in the hope to get better quality of comments and to be more authentic.

“You have one identity. The days of you having a different image for your work friends or co-workers and for the other people you know are probably coming to an end pretty quickly … Having two identities for yourself is an example of a lack of integrity.“
-Mark Zuckerberg, as quoted in The Facebook Effect

This quote gets more real after now 17000 websites are moved to Facebook comments.

It seems that many webistes get more traffic and more comments since they switched to FB comments. Other got less comments than before like TechCrunch. 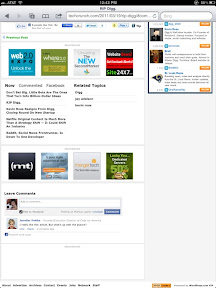 Living in America, I can understand that the consumers don't like to out them with their real name if they have a negative comment to something. On the other side we consumer might tend to buy a product if we see the comments from friends or real names. 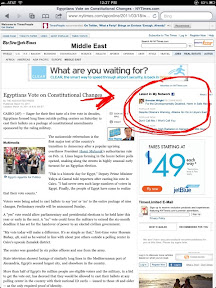 I believe with this move the average negative comments will decline and comments against the author as well. It is too easy to find out who comment on which page and how often. We consumer do know this and most of us are smart not to comment everything with &$??### etc.

Who wants to comment that they found a new iPhone 5 prototype? It would not take longer than 5 seconds to track this person down.

We all like to comment things, this does not stop, but if everybody moves to FB comments then we will see much more fake Facebook accounts.
Already today we are estimating that FB has alone in the US over 15 million face accounts.

Back to Mark Zuckerberg quote, he is Not right. The smarter the consumer gets the more likely the consumer will have two identities. One for friends and one for the rest of the world.

If FB is going to be more and more our single sign on place for all we do, then we will either cancel our FB account or have at least two.

And I think this is the reason that FB will not play such an important role in 3 years.

Face it. Facebook is trying to get all tied together to Facebook. Already today people don't get hired or are getting fired because of their FB entries.

Facebook does take from us the only thing we could control, it was our privacy. If we can't control our privacy then nothing is left and we will fight to get it back.

FB success wants that users have to use their real name as handle and not an alias. But this will be as well the death of FB if they keep trying to build all companies around Facebook and real names.