Groupon - is there a change to come?

Launched in November 2008, Groupon features a daily deal on the best stuff to do, see, eat, and buy in more than 500 markets and 44 countries, and soon beyond. They have about 6,000 people working in Chicago headquarters, a growing office in Palo Alto, CA, account executives based in local markets across North America and regional offices in Europe, Latin America, Asia and throughout the world.

Groupons offers are mostly high discounted (50%) and Groupon gets a 50% share of revenue from vendors. Groupon is so successful because of the high discounts which they are able to offer because mostly their clients are local businesses or high priced products. However a few companies are complaining that Groupon does not bringing repeating customer to their business and they are losing money with Groupon offers.

Other coupon websites are more concentrated on big brands and these brands don't offer such high discount. You might get 2for1 offers for smaller grocery items or maybe a $4 off diapers.

The high discount and the target of local business gave Groupon an estimated revenue in 2010 of $860 Million. Groupon is only 2 years old and grew from 200 people to 6000 and it is named as the fastest growing Internet company in history.
The founder (Andrew Mason) started his career with thepoint.com which got funded by Eric Paul Lefkofsky. Thepoint.com is still online but almost no activities. Mason did build groupon during his time with thepoint and Lefkofsky stayed with Groupon as CFO till Jason Child joined Groupon as CFO.

Today was a small article that Rob Solomon is stepping down as President and COO. Solomon worked before Groupon at Sidestep.com as Founder and CEO which got acquired by KAYAK a travel search engine. Before he served as SVP Commerce & VP/GM Shopping at Yahoo. 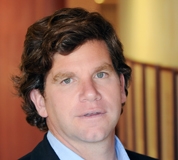 Solomon is saying that Groupon grew too much and he can't keep up anymore with the size of the company. Why should he step back when the company is so successful? Should he not be excited to figure out to run it?

There can be only 3 reasons. Either he does not agree with the management at Groupon how they make business, which could mean that groupon does maybe make $680 Million in revenue but might be totally chaotic intern and hire too many people etc that Solomon does see not a great future for Groupon. Or he got so pissed of that Groupon did not accept the offer from google and therefore he did not get the money he was hoping for, which is again an indicator that he does not believe the company is as big and as successful as everybody is saying. He might know the real thing, which we don't know.
Or he does not fit in the formed management and the CEO and Investors want to have him go. To be a successful company it is important that in bad times or in extreme growth, the whole management will fight for the same goals.
If he is not a beloved COO and the staff did not like him neither then there is a good reason that he has to leave, which would give him at $200 Million for leaving the company before contract ends.

If he is leaving because of things he sees at Groupon and does not like, then the problem might be bigger. I am pretty sure if he leaves for this reason he has already a good new position lined up, and in this case he will certianly take some of his team with him (middle management) etc.

I see Groupon as a great idea, but i have my doubts in companies which are growing so fast. Growing revenue is always grew at, but growing from 200 to 6000 people in two years by offering basically the same service as before is suspicious. If groupon has a gross revenue of $860 Million and 600 employees than the revenue per employee is only $72K ($144K before ref share with their clients). As an example Apple and Google has an average revenue per employee of $1 Million. Yahoo a company which does not so well right now still has $500K per employee. The average for the top 100 NASDAQ is $500k much more than Groupon has. (Source J. Bryan Scott).

Maybe this is the reason Groupon posts on their own website they have only 1,500 employyes which would make their revenue much closer to the top companies. However many sources are saying their are at least 2000 people at Groupon which would bring their RPE to $212k or $425k depending how we want to see the numbers.

However my calculation are based on a Reuters article:
NEW YORK (Reuters) – Groupon Inc's president and chief operating officer Rob Solomon is stepping down from his position at the Internet company in the coming months, the Wall Street Journal reported on Tuesday.


The Journal cited an interview with Solomon, who said he would remain special advisor to Groupon, the article said.

Solomon said that he decided to step down partly because "Groupon got really big," growing from 200 employees a year ago to some 6,000, the article said. Solomon said he reached his decision to leave in consultation with Groupon Chief Executive Officer Andrew Mason, the article said.
Posted by Markus at 8:40 AM