Microsoft did wait long and almost missed the chance to come with the right mobile OS. Windows 6.5 was ugly too much based on Windows XP and just not working well.
Windows 7 mobile OS is awesome it does not only look totally different but Microsoft seems to understand now that mobile devices are different than PCs. Only a few weeks out and already over 3000 applications available. Microsoft has finally, like Apple, a marketplace for their apps (http://www.microsoft.com/windowsphone/en-us/apps/default.aspx) but to see all available apps, you need either a Windows 7 phone or Zune software con your PC. It is similar concept like iTunes from Apple. 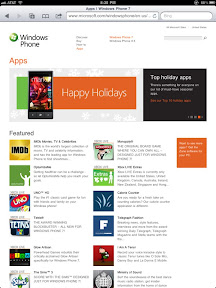 Before Apple did start the app store it was hard to find software for your phone. A windows phone owner had to go through tons of websites to find the software he was looking for. Now with the windows marketplace ( at the end a thanks to Apple) almost all Windows phone software is available in one place even for Windows 6.5. Mac users are out of luck, there is no Zune software for MacOsX. The only way to have Zune is to use parallels or bootcamp. iTunes is available for Windows and MacOsX but has only apps for Apple phones.

The new Windows OS is a perfect consumer OS, easy to use and a beauty to look at it. 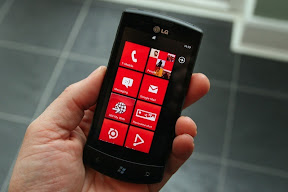 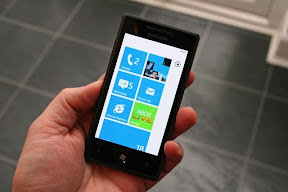 The commercials are not lying when they say you spend less on your phone when doing more with your phone. Chris Hall has a very detailed review of the OS. Take your time to read it.


But the other good part of the phone is, that it works from the start for big companies as company phone. Build in office, outlook, exchange, everything an IT operation team is dreaming of. The browser is of course Internet Explorer mobile which does not support HTML5 (yet) but enterprise solutions like Dynamics CRM or SharePoint seem to work well on windows 7 mobile (Microsoft Corp. will integrate its Dynamics CRM cloud strategy with the Windows Phone 7. According to a blog post by the The VAR Guy, Cindy Bates, Microsoft's VP of U.S. Small and Medium Business & Distribution, previewed some forthcoming CRM Online 2011 enhancements, including integration with Windows Phone 7, at the recent SMB Nation conference in Las Vegas. The VAR Guy said the strategy is an attempt by Microsoft to compete more aggressively against Salesforce.com and NetSuite)

I hear from a lot of people that they do prefer to get Windows Phone over an Android phone and i even don't here anybody talking about Blackberry anymore.

Microsoft came late but will be soon number three in the OS market, especially in enterprises and consumer. None of the other competitors can offer both. Android and Apple are clearly only for consumers despite what they are saying, and RIM is everything but a consumer phone.

Kids watch out, your mobile 7 phone does integrate with your best XBox games.