Androids are cool but is this enough

Android OS is the fast selling smart phone OS and installed on the most upcoming i-devices. Bit the biggest challenge Google has that there is not a really good app store like Apple has. Yeah for smart phones the android app store works, but not for anything with bigger screens like the Dell Streak (5 inches) or the Samsung Galaxy (7 inches).

The beauty on the Apple app store is that we instantly know which app is build for iPhone or for iPad. 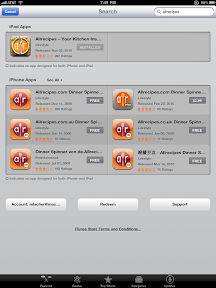 Google says that all android devices will run all app, this is true, as all ipads are running iPhone apps, however bigger screens do need different UI than smaller screens.

Google does make this hard for the consumer and for developers. Google app portal has not a really good search and if even developers would build apps for bigger screens it would be hard to find. 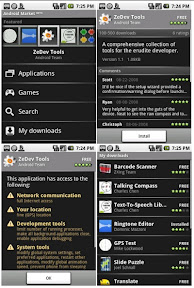 For developers it is not easy to develop for for different screens neither, they have to test it on 5inch, 7inch and 10 inch devices with different hardware and Android versions.

Building today an app for Androids is like building an App for Windows PC. A developer needs to spend more time on testing than coding.
As much many people don't like the closed system from Apple, it is much easier to develop against two OS versions and only two type of hardware.

Google will be eventual the Microsoft of i-devices and sometimes own 70 % of the market, but Apple will be more beautiful and just work better.

The really sad point is that many are used to have crashes with their PC, spending hours to get games running and to install anti virus software, that Google can afford to have Android as it is. We take it so normal all these issues and security problems that we think an I-device need to be like this because it is like a computer.

I say no, we should have learned and be frustrated with PCs that we all should tell Google to do it better. Open source is cool as long it makes the life better, android does not.