The daughter of a friend of mine is participating in a model contest. The winner of the contest flies to NY for a photo shooting. The winner is the person with the most votes during a specific time period. You can only vote once a day for one person in the contest.
His daughter is pretty but with over 1309 participants it would be hard for her to win or to come into the top 10, especially that there are some professional models in the contest.

Her father took a great approach which did so far bring her to the top 10. 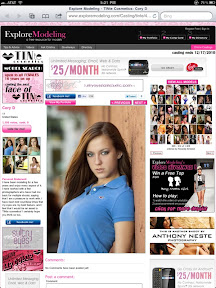 But how did he do it?

He used his Facebook account. He has over 2,200 friends in Facebook and posted every day on his wall that his daughter is in a model contest with the link directly to her model card. He is as well asking in his posts that all friends shall tell their friends about his daughter and the contest. And it worked, she got so far over 1,100 votes and counting. She might not win but can make it to third place. The leader has almost 4000 votes and uses her own big Facebook network to get votes. It is amazing how far a person can come by utilizing social network, this would not have been possible a few years ago.

Even retailers are now using Facebook to mobilize the social network. Walmart offers special deals but only if enough people like a certain wall post. And it seems to work, Walmart started this advertisement a few weeks ago and almost doubled their fan base and traffic on Facebook. And it is perfect advertisement to get the user from FB to Walmart.com

Walmart was in June by around 900,000 fans, now Walmart has over 2.5 million fans. I call this a perfect social Growth.