Steve Jobs is stepping down, good or bad? 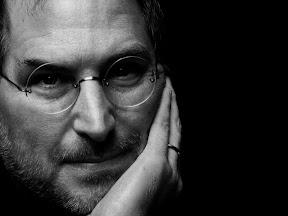 The CEO of Apple (Steve Jobs) is stepping down and Timmy Cook will be promoted to CEO. Many companies are switching the CEO but non of them had a CEO like Steve. Steve had to left Apple in 1985 and came back in 1996 to help Apple to change. At this time (before Jobs returned) Apple was almost bankrupt and no important hardware player at all.

But with Steve return everything changed. He was able to make Apple to one of the biggest companies in less than 15 years. He is known not as manager but as a leader. He seldom did market research he just decided what people want and was mostly right. There was no research when Apple created the iPad, and if there would have been a research, we still would not have an iPad. But instead sold within 16 months over 26 million iPads and many other manufactures followed with their version of a tablet, but Apple still has 80% of the tablet market.

Wall street reacted on Wednesday, after the announcement, with a drop of 5% in Apple stocks. 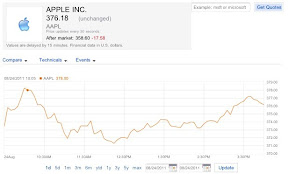 Is this a good time for Steve to step down?

There is never a good time when you have success, but it is definitely a better time than 3 years ago.

Apple is not anymore just a company for Apple lovers many iPad, iPhone or iPod owners don't know much about Apple they just know they have an Apple product.
3 or 4 years ago, Apple was still an insider tip with cool products. Mostly bought by people who don't like Windows or did like to have cool looking devices. There were as we'll designers and people who decided Apple is a better fit, but at the end it were people who did put thoughts into buying an Apple product and knew exactly what they are going to buy, who the CEO of the company is and most likely even knew the story behind Apple.

But with the iPhone it started to change (the iPod was just a music player, which could be connected to a windows computer and iTunes. Nothing really changed for a windows user having an iPod) The biggest change came with the iPhone, even if the iPhone can be connected to Windows and iTunes it is different than the iPod, it has it's own (for the user visible) OS. And people liked it, not only the design of the phone (which is revolutionary) but the smooth new way to interact with a phone through a screen as user interface.

I will bet, that if you ask today 10 Apple product owners about Steve Jobs, 8 of them will know Steve and maybe 4 of them know even a little more about him. If you asked 4 years ago 10 people, 9 of them would know almost the whole Apple story.

This said, it is now a better time to step down, because Jobs is not so important for the average Apple user.

However I believe the Apple marathon will come slowly to a stop and it might come another one, but it will be for sure different.

Apple has their roadmap already defined for the next three years but a roadmap of new products does not mean these will be hits. Steve was famous to make very detailed decisions on each product. The white iPhone did got delayed, because he did not like the prototype. Or even for the first iPhone he rejected 3 prototypes before the iPhone finally hit the market. At NEXT it took him 6 months to find the right black for the Next cube.

Apple is much bigger than NEXT but the principal is still the same. Steve Jobs had the last saying for major products.

Without having him with his vision, the path will change. Please don't misunderstand, there a a lot of brilliant people at Apple and many might think they have better taste than Jobs, they know more about design etc. And this is for sure true and sure is, that one person at Apple came up with the iPhone 4 design, but at the end Steve gave his thumbs up. Steve is known as a risk taker who had many times good feelings or luck, and it worked very well out.

We already saw during his medical leave a big difference not having him driving the car. The few keynotes he did not oversee had gone pretty bad for Apple terms. Presentations did not work, wifi went down etc. Nothing big, but just not so perfect, as when Steve is controlling everything.

Every company which has a leader of such long time has the DNA of the leader, if this person steps down the DNA will change, there is no doubt.

His vision will die, because most of his vision is not yet known by the company or himself. Maybe it helps that is biography is coming out earlier as planed that all Apple executives can read it and maybe absorb some of his DNA.

I believe Steve did build a great team around him which does not need to be orchestra by him, but I believe as well Apple will change.

Who knows, but I could imagine that Tim Cook will give Apple a different DNA. When Bill Gates stepped down and Steve Ballmer took over, Microsoft changed too, but not to the worse. One known as the company with the number one OS on computers is now more an Enterprise company with solutions for big and mid size companies with products like Dynamics, SharePoint etc. Microsoft is still a big or even bigger company than10 years ago but a total different focus than under Bill Gates.

Microsoft changed and so will Apple. Maybe Apple finally will start to concentrate on businesses and maybe in 5 years the consumer part of Apple is only half of the business and not anymore 99% of the business.

Either way, I believe Apple will change and we will see this as soon as in the next 12 months it might be for better or for worse.

A high risk is the stock market, it might that now everybody is selling their stock in fear stock price will go down, this could be a cascading effect and could hurt Apple a lot. If the stock is down, Apple would react, either replacing Tim Cook or other executives, or trying to come up very fast with other products, which then might not as good in quality as we are used to. The biggest mistake Apple could do, is to look at their stock price and to react if the price falls too much. They need now to hang into it for the next 6 months till price got stable again.

We all will miss Steve and wish him all the best. He might have been for employees a pain in the butt or vendors might not have liked him, but he was one of the greatest entrepreneurs in the 21st century without having a famous university degree.

I always had the dream to work for Apple, but not only because of the products but because of his genius. I think in some ways he formed how I today make decisions as a manager and I am pretty sure I am not the only manager inspired by Steve.