I don't understand. There are big social networks like Facebook, Linkedin or even google+ with millions of users spending a lot of time on their website. But it seems they don't understand that there are users who are not anymore using PCs for their social engagement. Especially most of us don't want to use FB or google+ on our work PCs. The only alternative is to use our mobile device, either a smart phone or an iPad (I don't care about other pads).

Starting with the smart phone. All of them have a smart phone app but the apps are so limited and somehow only designed for on the go. In Google+ is no hangout. Facebook has no ability to create groups and you can't play any of the games. Linkedin is very limited too. You are not able to see company statistics which is a really good feature online. 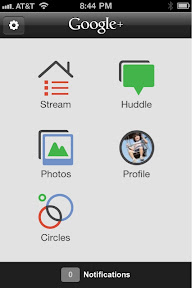 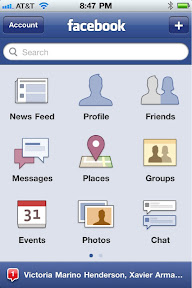 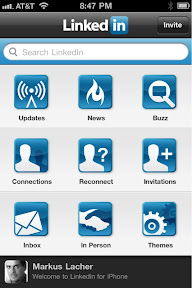 But the most frustrating part is that non of the apps are stable or work really well. The most stable app is google+ but maybe because it has the least features. Non of them allow to change any important user settings, you still have to go to the website to do so. Plus any notification you get via email with link will open the website when clicking on the link instead of the apps. It is really not hard to recognize the device and try to open the app if the app is installed on the iPhone. I saw this with other apps.

The iPad is a different story. There is no Facebook, Google+ or linkedin iPad app yet. Facebook is working on an iPad app and was accessible a while ago through a jail broken iPad.

Google+ will always set your iPad to mobile webpage, which is annoying because the real estate is too big for mobile layout. You can change the page to desktop but anytime you click around it goes back to mobile. 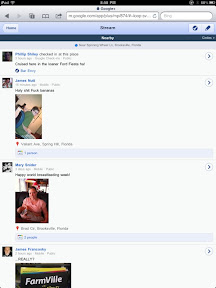 Facebook of course is limited on the iPad, because of missing flash. 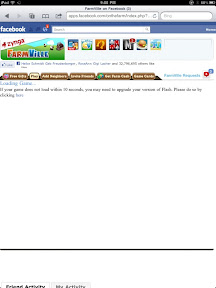 And some layout looks off and the website is not build for touch. Granted Facebook will eliminate flash but still it is not build to use on a touch screen.

Linkedin has the same issues it requires flash for statistics which are not working on the iPad and it is hard to use touch only. Searching your linked in connections is almost not possible. 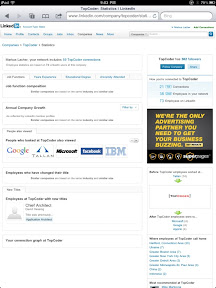 Because in terms Apple devices there are only two form factors and much easier to optimize than for PCs (which have many different browsers and version etc.)
Of course there are many Android devices but still not impossible to develop for it.

The app store has over 300k apps and Android not much less but there are not many apps I would consider perfect, but for sure the three big social networks are just poor.

The only exception is twitter, they did their homework. They have a good iPhone app and a real iPad app. 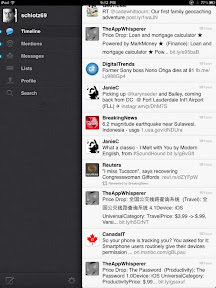 But the funny part is that I use twitter on the iPhone to post and on the iPad to read and therefore the two apps are designed for this. It is really easy to post on the iPhone but hard to read, and it is the other way around with the iPad app.

We only used all the time PCs because there were no mobile devices. Using during work something to post or read unrelated to work will be not anymore our PC, because we don't want that our company can keep record on things we do. We have our phone always with us and we want to do more than just check in. I know many people who are using their iPad at home instead of a notebook, because it is so convenient to read or surf the bed or on the coach without having 50 pounds laying on our lap.

The notebook is dead. In less than 2 years the notebook sale will be decreasing by more than 60% therefore brands and social networks must invest more in mobile.
I don't want to post every year how nobody understands to build a working mobile experience. It should not be anymore a topic, mobile is standard like social.