No Samsung Galaxy 10 inch in Europe (only in Netherlads)

Apple did win for now against Samsung and therefore Samsung is not allowed to sell their Galaxy tablet in Europe Union besides Netherlands.

The main reason why Apple did not want to have the Galaxy sold, is the too similar design to the iPad. 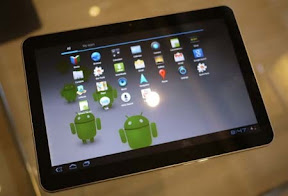 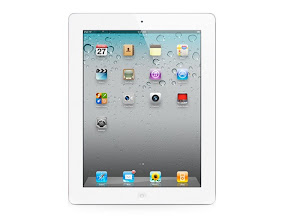 I think there is more behind than cloning the iPad. The Galaxy does look little similar but is it not normal when creating a tablet? Should have Samsung put handles on the Galaxy or external antennas or maybe made it round that it does not look like the iPad?

There is not much vendors can do when the goal is to have a 10 inch tablet, very light and sophisticated looking. Look at desktop computers. They all look similar, even notebooks are now closer to Apple notebooks.

Honestly I don't like neither that many japanese cars look like Mercedes or BMW, but it is as it is. If the price is lower or quality better then we buy it.

I understand that Apple has patents (not that I agree on our patent system in the US) and did spend a lot of money and research to make the iPhone as a 9.7 inch device. But Steve, you honestly do not think we believe you that it is about the design.

Europeans have usually a less brand affiliation than Americans and sometimes they even tend not to buy a leading brand, because the brand has too much market share and control.

But more important is the picing strategy from Apple, that usually a device in Europe costs the same as in the US but in Euro which makes the poducts 30% more expensive. Apple is in the most part following this price philosophy and therefore the other vendors can score very easily by reduced prices.

And then, Apple does have in Europe much less stores than in the US.
The iPad maker has 52 stores in the region, compared to 238 in the United States.
Acerbic, Asus, HP, Motorola, Samsung and the other tablet companies have a much better and deeper experience dealing with local distributors. If Samsung would be able to sell the Galaxy they could have the device in thousands of stores over night.

Right now there is no competition on the horizon and Apple might be holding major of the tablet market till 2015. The biggest mistakes the other vendors did, was to build and sell 7 inch tablets. Surveys did show that the consumer does prefer 10 inch because 7 inch is too small as a tablet. As a result all other vendors starting to build 10 inch versions of their tablets.

There is a big chance that Apple will in 12 months not anymore dominate the European market like they do it in the US. Already now, Apple iPad has in Europe only 70% market share but in the US 80%.

I remember when I went in 2005 to Germany to visit my family, that only one of 4 mpg players were iPods. But in the US almost everybody had iPods. so I asked some people why they don't have iPods? Two standard answers. Either because iPods are just too expensive and don't do more than other mpg players, or because they did not want to support a big arrogant company. 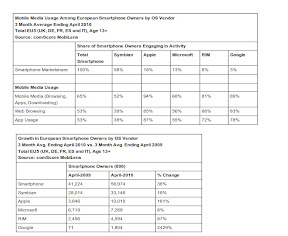 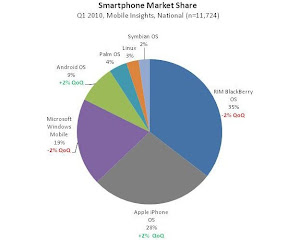 The same could happen with the iPad.

Now we know why Samsung is so eager to get into Europe market with their Galaxy and why Apple does not want this to happen.

I am disappointed that Apple is playing the patent card instead of doing what they are the best. Keep building new toys which have best usability, best battery live and do look just perfect. Even if the Galaxy looks not much different, the battery life is shorter, the usability is not as good as the iPad and it is still heavier. If Apple does fear this, then I don't know what will come next.

I am actually right now pretty annoyed about all these patents fights going on. Apple against Samsung, Google against Microsoft, Microsoft against Motorola and so on.

It is time that our patent rules a getting changed.

(info and statistics from Forrester, The firm surveyed nearly 14,000 online consumers throughout Europe to find that between 2 and 7 percent of consumers surveyed own a tablet and 10 to 14 percent are interested in buying one. Tablet ownership was highest in Spain and lowest in France. Interest in tablets was highest in Germany.).

Samsung is not allowed to sell the Galaxy in Europe, but i am wondering if I could sell them from the US through my online store to Europe? Could be the big deal. I should start to count my winnings.

Let me know what your thoughts are about the whole patents fights?