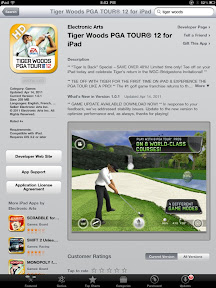 The biggest problem is that the iPhone started without app platform but did allow users to put website links on their phone. After less than a year Apple opened the platform for developer and offered a centralized store for these apps. This move did regulate the low price for apps. because nobody thought people will download apps on the phone and the prices started low. Now that everybody is installing apps, it is hard to raise the prices.

It is so common for us to go to the app store and search for an app and buy it. Only a few years ago, developers had not only to build an app but as well create a nice package, burn CDs and distribute the applications to resellers. Because there was no real centralized place to find apps, they had to do a lot of marketing. Therefore apps did cost a lot more than just developing it. In matter of the fact developing the app did cost much less than all other parts around till the product reached the consumer.

Today (because of the app store) all the expensive packaging and shipping does fall away which helps the developers to keep the price low. However most of the apps are still very limited in functions.

I can understand it for the iPhone. It is a mobile device which we use when we wait for the cab, when we have a smoke break or when we wait at the bank. And even Apple says that developers should develop for the iPhone very light apps which open fast and are easy to use.

But I think this should not be applied for the iPad. The iPad is not as mobile as the iPhone, it is in long term a notebook replacement. We use our iPad during breakfast. Arriving at work we use it again, but when we take a smoke break then we take our iPhone with us and not the iPad. The iPad is a perfect device to read and use where we want, but we don't even try the effort to start the iPad when we have 5 minutes to wait for a train. I believe the smart phone is the perfect device for 10 minutes or less, basically the computer on the go (literally). The iPad is a perfect device when we know we will spend 20 minutes or longer on it.

In average we use our smartphone 3 hours a day but in total 90 times, which is in average 2 minutes per use. The iPad is 2 hours a day in use but only 5 times. This is an average of 24 minutes instead of 2.

However the developers do not understand this concept. They are still thinking that the iPad is similar in use like the iPhone. But I see the iPad as the future notebook.

The other problem is the low average price for apps. It is almost not financial possible for a software developer to make their living to develop an iPad app and have the app many features. Imagine you sell an app for $4.99 which is for the iPad an average price. You might have worked with 2 developers 6 months on the app, you would need to sell it at least 30.000 times just to cover the costs. one of the top downloads is Angry Bird HD for $4.99 with 1 million downloads on the iPad.
A dream for a developer, however Rovio spends millions on marketing. GoodReader (PDF reader) for the iPad has over 100.000 downloads and costs $4.99. Goodiware the maker of GoodReader is an exception like Angry Birds. Most of the paid apps have less buyers (exception are Apple apps like iMovie, pages etc)

Apple did kill the app prices which is good for the consumer but bad at the same time. Bad, because the quality of the apps are not yet good enough to have the iPad as a notebook replacement. The low prices helped to get so many apps in the store and therefore so many iPads sold. If the prices would not have been so low the iPad would not made it so far.

But as a developer we should not be frustrated, the real money is in consulting ware. The big brands want to have apps on the iPhone or the iPad and here is the big money. A moderate app takes 6 to 12 weeks to develop or even less if it is just a branding app. These brands apps are driven by marketing companies and they have no iPad developers, therefore they hire 3rd parties. A simple iPad (6 weeks development max) goes today for $80k. A single developer can build 8 of them in a year which is $640k, not bad, is it?

If you are a developer and you believe you want to build an app for the iPad, you should consider to get in contact with agencies who are looking for apps to build. They don't ask for lot. Maybe a location finder, 3 or 4 functions and fancy design. But they are willing to pay even for a newcomer $40k. Build a few of them for living and then build your own app for the store. You might make it then into Apple top picks and this helps to sell it over 100.000 times.

Overall I am disappointed that there is only a few good professional apps for the iPad available to replace my notebook, but even these apps are still limited. Take from Appel keynote, pages and numbers. Very important productivity apps but still much less functions than on the iMac. I think as soon Apple makes these apps full functional, the better will other apps get and the iPad will replace the notebook.

I can't wait for the day I don't need to carry my 6 pound notebook around.