On June 7th, Steve Jobs did present his plans to build a new campus for Apple. Apple bought in the last 5 years 150 acre to fulfill the dream. The new building will look almost like a space shuttle as Mr. Jobs did phrase it. 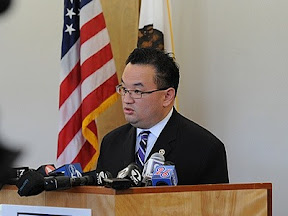 Please watch the video. I am a big Apple fan, I even admire a lot of things Steve Jobs accomplished. Even the plans for the campus are awesome and surely a milestone for Apple, Cupertino, CA and America. But please who are these councils? The 20 minutes hearing was praising Steve Jobs for 15 minutes. And then these very unqualified comments like from Ms Wang about free
Wifi or free iPads. Or the mayor Mr. Wong who showed his iPad 2 and that his daughter with 11 years loves the iPad. Or that Cupertino needs and Apple store, and that the city will help if the store is not profitable (maybe all government employees must spend $10k a year at the Apple store) Does he has no dignity?
Of course I think as well that Cupertino needs an Apple store or at least the first Apple building as a museum, like Walmart in Bentonville has. But Wong could have said this in a better way more with style. 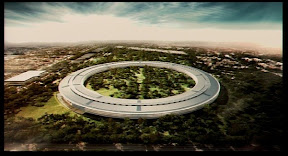 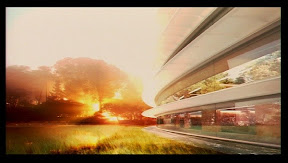 Steve Jobs slides during the presentation.

I can understand that Apple is the biggest single employer in Cupertino and that Apple is important for the city, but please it is not necessary to slime so much around Mr Jobs. You could see that he even felt uncomfortable with so much drooling.

Steve Jobs knew his audience very well. He mentioned that his first job was at HP and under the line he said that HP made him what he is today. As a thank you, he decided to buy HP land when they downsized. Orrin Mahoney worked over 35 years at HP. Mark Santoro worked a while at Apple, Gilbert Wong kids went to same high school like Steve which Steve is sponsoring. Kris Wang worked as well for HP (1991-1992) and is very active in making Cupertino more children friendly and safer place for disasters. Barry Chang used to be a public safety commissioner.

Steve had for all of them something in his presentation. It took him a few minutes to warm up, but then he was presenting as good as he would present his gadgets. 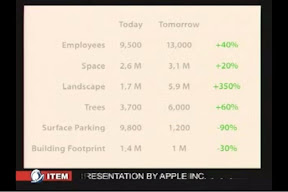 Here is a link to the press conference after the hearing:
http://www.cupertino.org/index.aspx?page=26&recordid=465&returnURL=%2findex.aspx


Cupertino has less than 60.000 habitants but thanks to Apple a very high income average.

Apple, HP and Oracle are employing 70% of Cupertino residents.