Apple is selling unlocked iPhone 4 in the US but why?

Starting Tuesday, Apple is selling on their website the iPhone unlocked. The price starts with $649 for the 16GB model. The 32 GB model is $749. 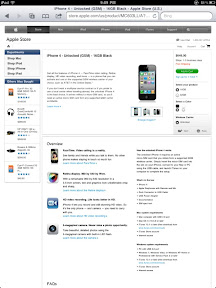 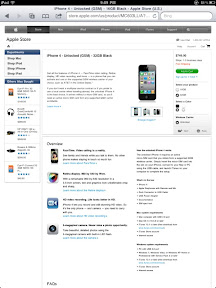 The price is pretty high but as expected as unlocked phones are not sponsored by the carrier because there is no 2 year contract. However there are not many options besides ATT or t-mobile. The latter one would not yet work with 3G but might come when T-Mobile is acquired by ATT. Interesting is that T-Mobile edge is pretty fast and sometimes comes close to ATT 3G. 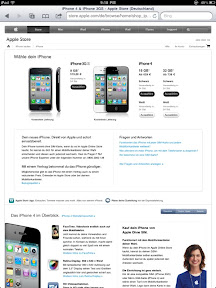 Germans making vacation in the states could save €180 or $124. If they then buy as well an iPad and a MacBook air the total saving could be $800 (if we upgrade memory etc). This is a round trip from Frankfurt to NY. And as we know tourism from Europe to America did grow the last few years because of weak Dollar. This alone could be a reason to sell unlocked iPhones.

And then don't forget almost 15% of iPhones are jail broken to get it unlocked. No need anymore for this if the consumer wants to stay with his carrier and want to have an iPhone. This could get some sprint and T-mobile users to iPhones.

Here are some more reasons why Apple is selling in the US unlocked iPhones:
Source Pcmag.com

Keeping the iPhone 4 alive: There is nothing to lose by apple selling them unlocked 3 months before a new iphone." Apple traditionally releases iPhones in June, and there's no new iPhone this summer. That could create a trough in sales and mindshare. So Apple found a way to bump up an aging product. Even though the unlocked iPhone doesn't provide any advantages to most Americans, this gets the hardware into the news.

Sell an iPhone 4 now, iPhone 5 later: Zach Epstein theorizes this lets people buy an iPhone 4 now without re-upping their AT&T contracts, so they can buy September's new iPhone at a subsidized price. It's a kludge, though: consumers are either essentially paying more than $200 a month to use a phone for three months, when they'll then have to cope with reselling their phones on eBay this fall. Still, it's an idea.

Currying favor with the FCC: AT&T is trying to merge with T-Mobile right now, so the company wants to do things to make it not look like a rapacious, wannabe monopoly. As Jon Fingas suggests, what would be better than to wave around a bunch of unlocked iPhones? No monopoly here, Senator. Anyone can have a GSM iPhone! See, we're all consumer-friendly-like. In this theory, Apple takes a neutral stance, and it's been AT&T stopping the sales all along.

International travelers are a real market: Jan Dawson, an analyst with Ovum, Tweeted that AT&T and Verizon consider international travelers to be a real, if not a huge market. One of the big advantages of having an unlocked phone is that you can avoid your home carrier's high roaming fees by buying a local SIM card. The problem with this is, unless you're familiar with the language and culture of your destination, this can be very difficult. (I've tried.)

The export market: Because of exchange rates and taxes, Apple products are less expensive in the U.S. than in some other countries. An unlocked, 16GB iPhone 4 is £512 in the U.K.—that's $839 in U.S. dollars. Compared to that, $649 is a bargain. Apple could be welcoming massive gray-market exports of these phones to more costly countries. When the iPad 2 came out, Apple limited the number people could buy to prevent them from being snapped up by resellers. But if Apple has a surplus of iPhone 4s it wants to get rid of before the iPhone 5 comes out, the company may be willing to open the floodgates.

Apple has nothing to lose: I'm uncomfortable with this theory because Apple doesn't just sell hardware. It sells end-to-end experiences, and there's something very incomplete about the end-to-end experience of an "unlocked" iPhone in the U.S. I can see average consumers thinking an "unlocked" phone works on Sprint, Verizon, or T-Mobile 3G—after all, that would make sense, in a sane world—and Apple's entire customer strategy is designed to prevent confusion and frustration like that. But Apple may just feel that U.S. consumers are smart enough to understand that their unlocked iPhones aren't truly free at all. In that case, the company could feel it has nothing to lose by putting those phones out there.