iCloud - no music streaming - so what?

When Steve Jobs presented the new iOS 5 and talked about the iCloud and how cool it will be, he mentioned that we can listen to our music through the cloud on any iOS device. In a side note he said that the song will start to download a few seconds before we can listen to and we are even able to listen to the last 30 or so songs when we are in the airplane and no wifi or 3G is available. 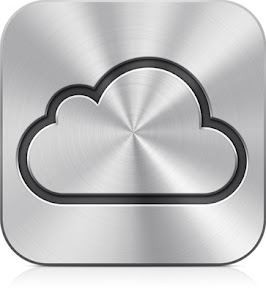 So how does this work?
Pretty simple, instead that Apple streams the music, the songs will be downloaded to your device. The iPhone will keep the last 30 songs in full on your device and the last 200 songs (or favorite songs) only 30 seconds. This saves memory and allows to start a song before it is downloaded. Therefore you will not be able to listen to your music through a web browser only through iTunes.

It is no streaming but is it bad? Actually not, this allows you to listen to music when your Internet connection is bad or the Internet connection is shortly interrupted.
I assume iOS 5 will reserve some of your free memory to do so, otherwise we are getting in trouble when our memory is full with games and other apps.

The sync through iCloud still works, even if the music is partly downloaded to your device. Apple will apply to music the same methodology like for all other apps and documents in the icloud.

But why is Apple not streaming the music?
There could be multiple reasons. First of all, because Apple does not stream the music, it does not need to pay such high fees to the record labels. Streaming would fall under other rules. Apple would be similar like a radio station. As an example the biggest problem for Rhapsody are the high fees to the record labels because of their streaming, surely Apple want to avoid this.

Second, Apple is taking something from ATT and Verizon away when iMessage starts. But gives something back with their music download.
I am assuming Apple had to make a deal with the phone service providers. The network is already today extremely heavy used since the iPhone went on the market. We all can remember how people were not able to use 3G in big cities like NY or LA because too many users were on 3G. There are right now around 100 million Apple 3G users, if everybody would stream music the network would break down. For streaming, the connection must be always good and fast otherwise the music does not play well. Doing it over downloading the speed is not so important, the provider can slow the download when the network is too much stressed. If they slow down steaming then listing would not make fun. And most of the people might listen only to 100 songs if most of them already to your phone downloaded and you listen to them multiple times then it does not use any streaming bandwidth.
Even only having the first 30 seconds of a song stored would save a lot of streaming, if you listen to the same 100 songs 10 times a month. This is 1000 x 30 seconds with 256kb quality is already 937.5 MB. This is half your data plan for a month.

Third, this allows Apple to give a better user experience. By not streaming Apple does not need to work on complex caching which would slow the iPhone down. Neither would listen to music slow browsing or other apps down. When I listen sometimes to rhapsody, I can tell that either my phone slows down or the music does not play well.
We should not forget we are not always on Wifi.
I have met people who are listing at least 3 hours to rhapsody over 3G through their iPhone on a daily basis and their data plan bill is always at least $50 more a month because of this.

Streaming is great, but if Apple's methodology is working out, then not streaming is better. It will need to be tested how much delay we will have till a song starts if not streamed but downloaded (when loading the first time)