Is Apple playing dirty games or is Apple just smart?

I did read today on yahoo.com that Apple bought almost all touch screens that it is impossible for competition to deliver enough tablets in the near future. Maybe Samsung could keep up, because they use their own AMPLED screens. 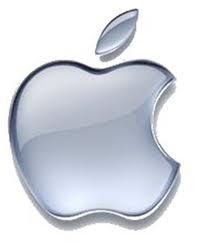 Apple isn't a new customer to Samsung's electronic components - but it could become its largest by spending $7.8 billion on Samsung parts. 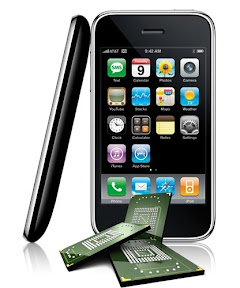 (image and some text comes from digitaltrends.com)

According to the Korean Economic Daily, Apple will spend $7.8 billion in Samsung component parts this year – which makes one of the manufacturer’s largest competitors simultaneously its best customers.

Apple and Samsung have a variety of products directly pitted against each other. The iPad and Galaxy Tab go head to head, as do the iPhone and Samsung’s Galaxy S series phones (and if you want to go international, you can throw in the iPad Touch versus Galaxy Player, as the latter is currently unavailable stateside). And it isn’t just that these products compete in the same market; they are largely standouts that are seen as the iOS or Android version of the other. So, how do these two relationships coexist – one based on demand and supply and another on rivaling products?
Buying almost of the supply does not only give the advantage to have technology which nobody might get, but as well reduces the costs for these components.

Of course other electronic companies can get somehow touch screens but to a much higher price and less units a month.

It could be seen as a way to give competition a disadvantage. We know that Apple has a lot of cash-flow and can buy more components than they really need to control the market, but on the other hand companies like Samsung are at fault as well.

They signed contracts with Apple to deliver x amount of units in a time when they (Samsung) believed that there will be not a big demand besides Apple.

A d now a big company like Samsung can't just give their own tablet department enough screens because the internal order would be much smaller than from Apple and therefore more expensive.

I remember (when i worked at NEC) it was cheaper for my department to buy CD ROM for our PCs from Sony than using NEC CD ROMs even if at this time (1990) NEC was market leader in CD ROMs. But my department only needed for an order 300 units and Sony made me a better price than our Accessories department.

On the other hand HP had at this time NEC drives because they could order millions units which made the price cheaper.

I am not sure, but I think to a certain part, the buy of components should be a little bit regulated by the international market control to ensure that one company can't just buy the whole market and therefore out price and outrun the competition.

Otherwise the consumer is the loser and not the manufactures. If Apple buys most of the supply, then they can control the price of the product to have a higher margin and the competition can't compete without selling their products under costs. This keeps the product price artificial high.

I hope the market will change and we see a lot of tablets priced lower with same quality like the iPad. I would not move to another manufacture but i would prefer to pay much less for my iPad. I have the 64GB 3G model and a price over $800 for this product is much too high. I can get for this price a great notebook, or spend just $150 more and get the cheapest macbook air which is much faster than the iPad with better full-size applications to buy.

If i had to pay the full price I would never buy it, or maybe i would because there is no competition and i always like to have the latest gadgets.