Allfacebook.com did publish the latest data on mobile facebook usage. 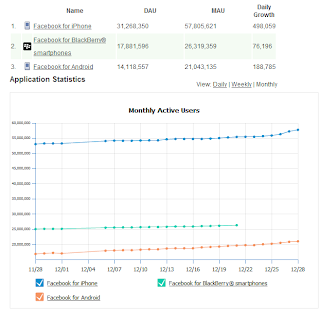 The number one is the iphone with 10% all facebook users (57 Million) are using the iphone to be connected. Only 4% (21 Million) Androids phones. Blackberry is a little stronger than Androids with 26 Million monthly active users. This is really interesting that there are more blackberry users than Android, even if the BB facebook app is pretty poor.
As comparison they are more Android phones on the market than iphone, but iPhone does still outrun Androids in mobile usage. I could not find any statistic on the number one OS Symbian (over 40% of all smart phones are symbian). 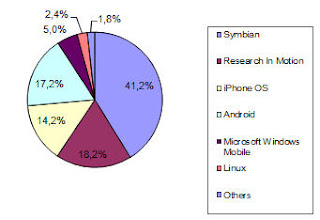 The statistic are showing that more people are active users in social and mobile on their iPhone than other devices. As a developer we should still prefer to develop for iPhone only if we want to limit the testing phase and if we don't care too much for other OS. Apple will take 30% of the revenue, but always think about how much time you save ,because you only need to test and develop against a few devices (iPhone 3G, 3GS, iPhone 4, iPod Touch and iPad - these are only 2 differnet form factors)