Tiger Woods and Roger Federer did dominate for years their sport in a way not often seen before. Of course they have been outstanding athletes but they had two other advantages. They performed their sport different than anybody before and had the mindset that they only can win. Tiger, as an example, was not only a very good player, but as well much more athletic than many players before him or during his strongest time. He could hit the ball further and faster. He could move his body more than anybody else. The other players, on the other hand, did almost fear to play against him, just because he was so strong, that he even dominated much more. 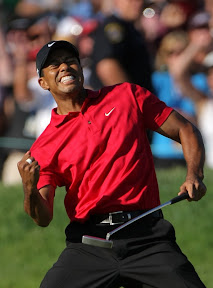 Woods held the number one position in the world rankings for the most consecutive weeks and for the greatest total number of weeks. He has been awarded PGA Player of the Year a record ten times, the Byron Nelson Award for lowest adjusted scoring average a record eight times, and has the record of leading the money list in nine different seasons.
With 2: Set Masters 72-hole record with a total of 270 (70-66-65-69) and set Masters record with 12-stroke victory margin.
Tiger went in the last few years to a lot of private problems and did not make it into the FedEx Cup in 2011. But the biggest difference to 1997 or 2002 is that there are now many players hitting as long as him or even longer. Tigers average distance is even not much shorter than 10 years ago, but now there are at 40 other top player hitting as good as him and are as fit like him.
These are the new young players who watched him and learned from him. His advantage is not existing anymore and therefore he is not winning and we don't have just one dominant player. 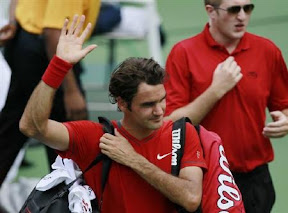 We can find a similar evolution in Tennis with Roger Federer. He did dominate over 5 years the tennis court. He won everything he wanted and other players could just not win against him, because they might have been almost frozen when they had to play against him. His style was outstanding as well his mental strength. Today we have DJOKOVIC, Nadal, Murray and a few others; all as good as Federer or even better. Same happens here, the young player watched Federer over years and learned from him.

We can compare Apple and their products with them. Apple reinvented the phone. The first time when i heart the definition of a smart phone was in combination of the iPhone. Apple did dominate the smart phone business over a year. Unique hardware design and new type of OS. Google did copy (yes I think it is a copy) the iOS and some hardware vendors did copy the iPhone design. Not that they really copied it 100%, but before Apple, most phones were cheap plastic and not pretty, similar like PCs. They saw the phone as a tool we use which does not need to be esthetic. Apple changed this, and today almost every smart phone looks like an iPhone or even better. And Android from Google is now the number one smartphone OS.
Last year Apple did release the iPad. Nobody believed we needed an iPad but over 100,000 iPad apps and over 30 million sold iPads tell us a different story. Apple has today a market share of 78% of touch pads with just one product. And there are over 40 other touch pads on the market which are sharing 22%. 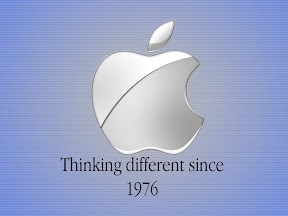 If Apple does not come out with a totally new product which we never thought we needed, or with a redesign of existing product (maybe a new approach for toasters or microwaves), then Apple will not be as dominant in 24 months as they are today. The world got transparent. And everybody is catching up. We went last week to
BestBuy and I looked at the Galaxy, Playbook and a Asus pad. All of them look more or less like the iPad and even the OS works the same. Regardless if it is WebOs or Android. All have the same basics like the iPad. Proof: My 3 years old son could open apps and zoom images as they are iPads.

If we compare Apple with sports, then I would say there are many players who watched Apple and are trying to copy it. But there is one player who not only watched Apple and tries to copy but does something totally different. This player will eventually take in 24 months for a few years the dominance till somebody else comes. The player (I am talking about) is Microsoft. 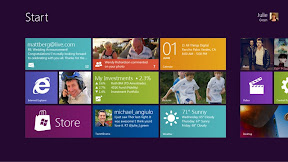 Microsoft's Windows 8 could really kill Android and Apple again. Windows 8 is not only totally different than all other mobile OSs but is as well the step which Apple is trying to do. Windows 8 will be one OS for all devices regardless of smart phone, mobile device or PC.

Microsoft has a lot of advantages to Google. They have already established customer support and a better relationship to hardware companies. And they have a much better enterprise integration than Apple and Google combined.

Apple is eventual too much concentrating on young users in the hope these consumers will keep buying Apple products when they are older. This concept is good, when your product is so much different than anything else.

As an example if you produce a car which has the shifting as tiptronic on the steering wheel and you would market young drivers. The parents might eventual buy for them a tiptronic car and when the kids are older, they would buy one too, because they would not know how to drive a different shifting system. If you are the only company with tiptronic then you will be set.

But Apple does not has this advantage anymore. Design is cool but for iPhone or iPad not much different than others and the OS is almost the same like Android. This helps the kids to switch much easier. Nothing new to learn. Apple does fear this, and this is one reason, why they try to fight against Samsung and other pad producers.

Apple has a lot of services like iTunes, but there is really no need to keep iPhone. Users can have iTunes and other devices or use Windows media center. Plus music future is in the cloud and Microsoft and even Google have much more cloud experience than Apple.

If we believe in 7 to 12 years cycles (which works in real estate, politics and everywhere we want) then Apples dominance will come to an end. And Microsoft can rise from ash like the Phoenix. MS lost so far the race in mobile but did build an even stronger enterprise empire with Sharepoint, Exchange, Lync and Dynamics products that they can close the gap between mobile and enterprise much easier than anybody else. And as soon the gap is closed, I foresee a lot of people buying for private use once again a Microsoft device.

Especially in a time where mobile, smart phone and PC is almost the same just different form factor. Whatever will come, the winner of the race will be the company which can provide for all devices same OS, a lot of software (not only apps) and can serve to end users and enterprises. For some reason I don't see Google to be in the mix neither.